If divers had been dropped off just one-quarter mile further from the Palm Beach County shoreline, they would have been in federal waters — and Randall Jordan wouldn’t have done anything wrong. Jordan was convicted of leading a dive group into Florida waters to feed sharks, and this week the evidence in his trial showed that he did so illegally. The jury, therefore, found him guilty on three misdemeanor charges including unlawful operation of the vessel for hire as well as two counts involving engaging in fish feeding practices without permission from state authorities or management groups who oversee these activities. He was sentenced to a year of probation, with the possibility for community service and an $1,500 fine. Palm Beach County Judge Sheree Cunningham withheld finding guilt despite this being his first offense.

The debate in the court case this afternoon focused on whether or not Jordan was indeed within state waters. Assistant State Attorney Sherri Collins and fellow prosecutor Andrew Sando argued that there is overwhelming evidence for their side, which claims he was found guilty because of his proximity to these shores at the time when it happened. “That was his business, to bring people out and show them sharks,” Collins said. “And it wasn’t working in federal waters.”

Collins asked Cunningham not to sentence Jordan, but instead order him pay for the investigation costs as punishment. Collins and Sando have three months to determine the investigative costs before a hearing will be held where Jordan may have to pay.

When attorneys for Jordan failed to argue that the divers were in state waters, Jonathan Wasserman said he had no intention or incentive to break any law. “There’s no barbed wire fence out there that keeps fish from going past a certain point,” Wasserman said. “If Mr. Jordan wants to feed sharks, they’re going to go where he is.” 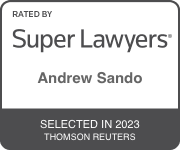